Initiate geomancy. There is power in bisecting lines. Stand at a crossroads and feel the thrum of energy in the ninety degree angels.

Listen. Preternatural dramas all around you. The city is a honeycomb of horror, each cell barely cognizant of the others. Black feathers in a playground. The odd stain on the sidewalk. The flicker-flash of a winged thing in the headlights. The vagrant holding a wriggling bag. The moans from the apartment above.

As you read these words, a scene unfolds. Close. An alley. A neon cross shines in the seedy Eden. A monster writhes, broken and bloody, on the pavement. Its teeth gnash. It looks up into the eyes of its assailant, and two crosses reflect back in the crucifixion glow.

To pray devoutly. To prey mercilessly. The hands folded serenely drip with blood. Even monsters have bogeymen. Eh, sweetling? 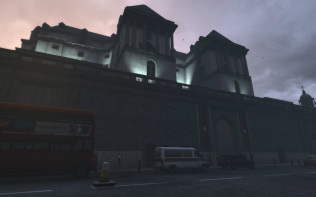 The crossed ones. The Holy Grail Keepers. Protectors of Solomon’s Temple. Wealthy fraternities. Solemn oaths. The Templars. A familiar name, but truths huddle more deeply in time than books are willing to confess.

We came to them in Mesopotamia. They heard the electromagnetic singing of insect cherubs. The Tower of Babel commanded maximum reception. Commands. The past tense is a lie. The tree-flesh texts transmit, in dead letters, that the Tower fell. Do not believe.

From the Tower, two brothers ruled all they could see. They could see all. There was a falling out. One brother took to Sumer and gathered brethren to study the mystic and vanquish supernatural evils.

From conception, this secret society fought. They fought in Babylon and Persia, Greece and Rome, Europe and Eurasia. They assimilated the skills of every warfaring culture.

Enter another player. The Illuminati did not play the same game. Their plots walk sideways, like crabs. The children of Eye and Pyramid let loose Alexander the Great, and broke all of the Templars’ toys. The crossed ones never got over it.

Time passes – you call it the Middle Ages. Mayflies have such tiny time lines. The crossed ones grow strong, grow bold. They leave the shadows. With papal sanction, they set out to rule the world publicly. The Knights Templar.

Hubris never goes unrewarded. The Illuminati tickled their web, and King Philip IV and Pope Clement V danced. They accused the Templars of heresy. Many knights burned. From above, they twinkled like stars. The king was free of his Templar debt and pocketed their pretty treasures. 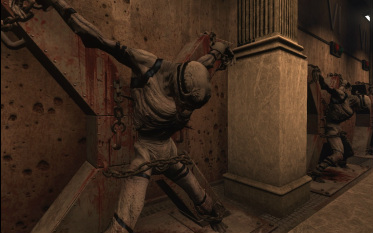 We were there the day they put the last Grand Master to the flame. Even as he crackled, Jacques de Molay shouted his order’s innocence. He challenged the king and the pope to meet him at the throne of their god within the year. Soon after that, the pope died. And soon after that, the king died. And only fourteen years later, the king’s entire family line withered on the vine.

Listen. In that alley, the neon crucifix flickers, humming a prayer. It forgot the words. Do you hear?

Time passes, first with silence, and then a roar. The Templars grew – real estate, military contracts, political mindshares. They hurled the Illuminati from the continent. Righteous rage! The children of Eye and Pyramid fled to the New World and never came back.

Crusaders walk these streets of steel, cement and glass. Time moves not in lines, but in circles. Others call them antiquated. They are. The roots run deep. But the New Templars movement coils out. New blood flows, hereditary lines are opened to new thought.

Listen. Something is happening. They hum. The crossed ones have always been wary of magic, yet many of the magi among them. They control the largest occult library in this world. Old books open. Words older than geological bodies are read. The muscles of the Templars’ army tense. The dark days are here, as they always knew they would be, as they have trained for since they gathered in the shadow of Babel.

Listen, sweetling. Do you hear?

When the lions of the secret world roar, the others listen. Some call them fanatics and zealots. To Templar eyes, evil reins over compromise and corruption. Therefore, their empire must be incorruptible, must be uncompromising. They must suffer no demon to live. Measuring the lengths one must go to is redundant when there are no limits. 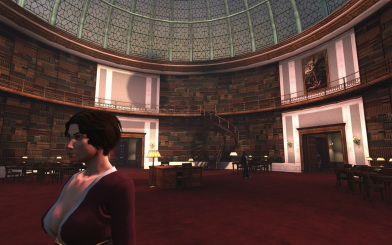 WARNING: holy radiation poisoning imminent. Listen to the riddle in the vibrations of the broken wings: what is the price of conviction?

Those who seek monsters can become monsters, and in the secret world, the abusers not only stare back, they bite.

On the grim-grime alley floor, a dying moth writhes under the crucifix glow. Its tattered wings, soaked heavy with blood, flap and spasm like a fallen angel who forgot the way home. Can you hear the buzzing of the wings?
Powered by