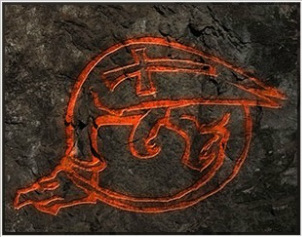 The universe is a dark cave. Time is a bat obscenity bouncing off the walls. Initiate temporal echo location. SHRIEK!

The Blood is the life. It sealed a promise, and a vagabond people became forever bound to the Draculesti, of the House of Basarab, and its line of Wallachian voivodes. They drank deep of the Living Water and of the Dead Water and swore that all monsters would know terror.

You little ones have spilt much ink, and more breath, on tales of the Romany, the wanderers, the gypsies, the people who came out of India and spread through Asia Minor and Europe a millennium ago. It's mostly lies, and it's not the point.

This is the point.

A family of the people camps near Harbaburesti, in Romania. They claim to be the heirs of the Order of the Dragon. They say they are descended from those who swore an oath to Vlad III Dracula, who some call the Impaler. They joined him in the hunt for the the night breed the strigoi, the moroi, the muroni, the zmeu, and the nosferatu. They fought against Dracula's estranged wife-turned-vampire, Mara. 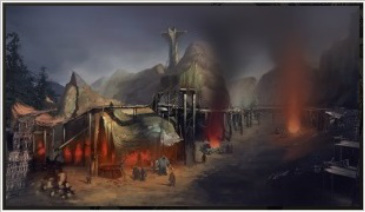 Designation Draculesti is a living, hereditary story, passed on in meat-body iterations. They transmit via the oral tradition, passing on the true history of Dracula and his fall. Each generation trains for a great war. They hone their hatred for all supernatural predators.

Vampire, lycanthrope, or faerie - it matters little to these Romany. The time for such preternatural creatures ended the moment Dracula decreed it so. Perhaps the beasts that stalk the night tell their own bedtime horror stories of the Draculesti. Eh, sweetling?

This vicious zeal fills the villagers of Harbaburesti with a deep mistrust of these strange Romany. The simple folk lived peacefully, side by side with the supernatural as far back as their myopic memory stretches. They mutter that the influx of bloodthirsty monsters came only after the gypsies arrived and broke the truce.

The Draculesti do little to ease the worries of the villagers. They see such niceties as a waste of time. Their cause is high. Their empathy is limited.

Listen now, Sweetling. Prophecies shiver on the wind - the war between light and dark in Transylvania, the return of Dracula, the Romany joining him to finish where their Prince failed before.

Do the prophecies speak true? The pieces tumble into place. The vampires return to Bacas Country. She has returned, secret worlder. Mara has returned!
Powered by