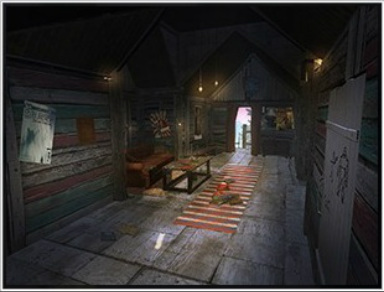 There is an old tree house - not far from Red's Bait and Tackle, in the forest north of the Black House - grown large on years of additions. It is a boyhood place, filled with boyhood thoughts, bittersweet as September, built on mismatched wood planks, on bullfrog catchings, on mason jars filled with dead fireflies, on hoarded Halloween candy, hidden recollections of lingerie catalogues, and spiral-bound notebooks filled with yellowing pages of nearly three decades of adolescent wisdom on the paranormal.

Many of these pencil-scribed occult secrets are inaccurate, but it's the thought that counts. Well. No. It is not always the thought that counts. Very often, the thought cannot keep cannibal teeth from ripping away the sweet meats of the little ones. Hidden amid the happy recollections are treacherous, shrike-beaked memories - dead things crucified on thorns and barbed wire - faint screams from the past - the epileptic grind of fangs on skull. 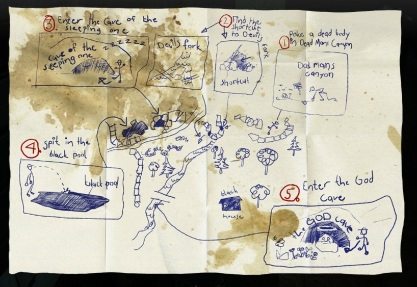 It all began with William Dexter. In 1983, at ten years of age, he led the local boys as far from town as they dared. They built a tree house away from the eyes of girls and parents. The League of Monster Slayers was born.

The only way to join the League was the endorsement of a current member and the nomination of one departing. We saw the boys, such serious boys, during their initiation ceremonies - pledges of undying loyalty to fellow slayers by dark of night and bouncing flashlights.

Time passes - first with the turning of comic book pages and then in the endless dialogue of what to do in the inevitable zombie invasions. The fire pit is filled with ashes still soaked in a thousand ghost stories. It was all fun and laughing screams, but in the secret world, childhood games can sharpen to razor poignancy.

Innocence died when two mutilated boys were found in the forest, in 1987. The adults consoled each other by repeating "animal attack," but children are less removed from the mesozoic swamp of the womb, closer to the feverish, hardline connection to communal memory and the paleolithic wisdom that says humans are tasty, and the dark is filled with tasters. 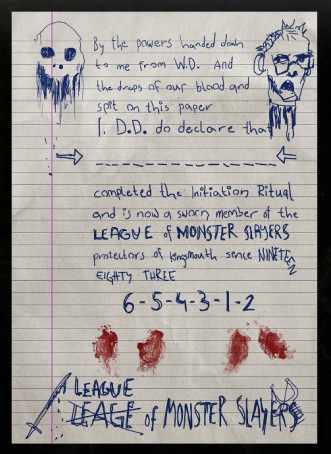 The League gathered improvised weapons - sling shots, wooden stakes, firecrackers - and set out to earn their name.It was still a game, until the Wendigo attacked. All their meat would have been food for a monster's belly, except for the secret abilities of one of the boys.

Jackson Miller, 15 years old, broke all his oaths as a student of Innsmouth Academy by using magic off campus and among civilians. Panicking, he released lethal energies upon the beast. In the confusion, screams, and firecracker smoke, the other boys did not see what occurred.

The smoke settled. The wendigo lay dead. In victory, the boys convinced themselves that they and their weapons were special. When the others went home to brag of their exploits. Jackson Miller returned to the Academy, hid his toy weapon, and confessed.

The faculty of the Innsmouth Academy are no strangers to covering up the supernatural. They incinerated the beast's carcass in the school boiler room. Jackson received official reprimand, but among his fellow students, he became legend - the boy who killed the wendigo.

No one believed the boys of the League when they spoke of their monster slaying. They stopped speaking of it and made a pact to keep their secrets. The years proved them wise, for time passes - first in months, and then in decades - and the childhood stunts of the past become the behavioural conditions of the present, and troublesome boys are gagged with pills to dull those palaeolithic wisdoms.

The League's "No Girls!" policy was changed the summer of Nika Vasquez. Nine times she asked for membership and was denied, with jeers and spitballs. The tenth time, she showed up at the tree house, demonstrating an erudite knowledge of comic book lore, and throwing a severed finger - too long to be human - at the feet of the gaping boys.

Generations later and the League of Monster Slayers remembers. They pass on their stories mouth to mouth and in secret notebooks. Every inexplicable incident gets scribbled in.

Danny Dufresne leads the current League, but the fog came, and the other members disappeared. Danny remains, the last monster slayer of Kingsmouth.
Powered by