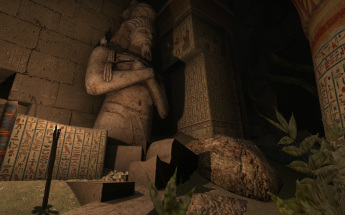 O child-wandering-in-the-dark, do you remember the puppet show? See Mr. Punch beat puppet after puppet with his stick. The lesson: we all fall down. See the puppet master manipulating the brutal slapstick and drinking from a hidden flask. Behold the conspiracy of conspiracies, the most secretest society.

They began in Egypt, during the Old Kingdom. We came to them on the tears of Ra. But that was not the first beginning. Sweetling, do you really think this in the first age? Ever dream of the Long Ago? Ever gasp awake, remembering beginnings birthed before the Below?

Time moves not in lines, but in circles. Ancient ideals pass down the generations, transcend cataclysms. Old becomes new, different yet same. Powerful mystics take the stage, form a cabal, and call themselves the Enlightened Ones.

The children of Eye and Pyramid fertilise the Nile. Can you see them, sweetling, through the time refraction in our text? They pollinate the skulls of scribes, viziers, priests, and philosopher kings. Thoughts germiante and bloom. They vie to guide humanity towards an esoteric culture, influence the world through the houses of Pharaohs. 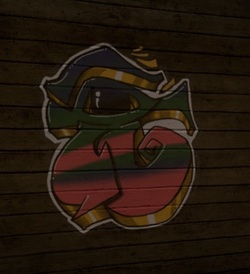 Pluck the petals. The centuries tumble like she-loves-me-nots. The scenes change - Jericho, Damascus, Alexandra, Babylon, Jerusalem, Rome - but the plots and plays remain the same. Always, the Illuminati gather occult writings and treasures. They rise behind each new throne. And always, they encounter the Templars.

The secret society siblings snatch kings, generals, and great thinkers like coveted toys. The dolls break in the tug-of-war. The Illuminati grab guilds and banks. The Templars clutch the military. Vicious games of tag ensue. Sometimes one flees, sometimes the other - that familiar dance.

The Illuminati skip east, fostering high culture in Byzantium. In Asia, they meet the Dragon. Tag, you're it. They skip back west. Now three great factions dance.

These secret societies - these migratory birds flying from one kingdom to the next, according to geological seasons. Always there is the prize: the lands of milk and honey, the most powerful nations.

A misstep in the dance. A sprang. The Illuminati limp west. On the new continent, away from their enemies, the children of Eye and Pyramid weave a new backdrop infrastructure so tightly that none of the other factions have been able to gain a foothold there since.

Defeats in Europe taught the Illuminati to play more subtly. Since then, they have been the most secretive of the three siblings.

Their clever fingers learnt to make shadow puppets. Decoy ciphers dance on the dank wall. While conspiracy theorists chase the echoes of Freemasons, Bilderbergs, and Bohemians, the true Illuminati have room to work.

The Eye and Pyramid area a well-oiled machine, serrated cogs lubricated on aptitude, ambition, and ruthlessness. In this epoch of information and equality, the Illuminati is king. The ruled do not complain if they detect no ruler. The Illuminati spill seminal thoughts into the gravid heads of the masses, while the other factions flail to the old dance. 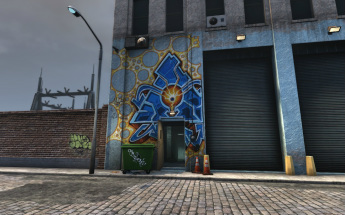 Cue the ritual chant: "Fuck or be fucked."

Conventional warfare is obsolete. Cue the paradigm war. The Illuminati strive to ascend as a pantheon of zeitgeists.

Beneath the Brooklyn streets, they experiment with thaumaturgy and technomancy. In their labs, demons shriek as they beat the walls of hard-drive purgatories, circuits soldered in patterns forming Enochian words. Old bleeds into new, the cutting edge fornicates with the antediluvian.

The three siblings have a choice: battle the sleeping horrors ready to engulf the world or toil on in the struggle to define those who rule and those who are ruled. The children of the Eye and Pyramid so long to rein, and diabolic rumours follow them like a fouled cloak. Yet despite these ambitions, they have no intention of giving their planet to monsters. Perhaps they will fight back the darkness, and find a tidy profit in it.

And yet, you little termites war with each other over your little termite mounds, and somewhere in the Outer Dark, hungry mouths made of event horizons salivate and grin.

Dear sweetling, did you pay attention to that gruesome puppet show as a child? We hope so. The Illuminati is Mr Punch and hidden in that nonsense play is their plot. They have a big stick and conspire to bludgeon all competing puppets, and then the Devil himself. And if you get in their way...you will be another broken Judy, splayed on the floor.

Cue the shrill voice from the Outer Dark: "That's the way to do it!"