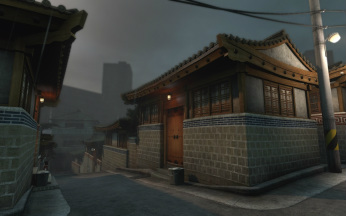 Before Gaia, there was Chaos.

A man leaps off a high rise, flapping his arms all the way down. Across the world, a moon cycle later, a tsunami savages a coastal town. What connects these events? The motion of his arms? The scream of despair silenced by terminal velocity? The chemical composition of the ink in the letter he left? The light refracting in the tears of the she who read it? The pattern of his wet, Rorschach impact on the cracked pavement?

In the chaos fractures that connect these singularities, the Dragon winds its coils. You cannot follow, sweetling, but we can. WE follow the Dragon's spiral - the shape of the universe - molecular patterns, the snail shell, the hurricane, spinning galaxies, the flight path of vultures - we follow the Dragon - we swim with the plankton and frolic with the sperm - prancing with microwaves - dancing with atoms on the head of a pin - twirling with the opiated children on the strobe-flash dance floor - spirals with spirals within spirals...

The totality of the Dragon's coils cannot be seen by mortals, with the three flaccid dimensions of your jellied sockets. But there are those who dive into pandemonium blind. They chase the Dragon and take its name. Their silent monks stalk your streets even now, secrets locked into mouths sewn shut. Metaphors become obsolete when thread and needles run so very cheap.

In the beginning... No. Not far enough. Rewind. Before the beginning. There have been at least four beginnings. Before the before the before, a childling prophet glimpsed the Dragon's tail in the nano-second equations of rippling water. She grabbed the tail. They found her that night, half drowned. Before she died, she whispered of the Dragon opening its mouth. A nine-headed naga slithered out, each serpent head singing nine discordant truths. The childling whispered those truths with her final breaths. Those who listened became the first converts. 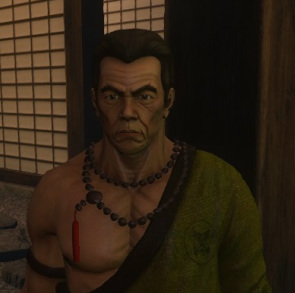 Time passes. Wisdom transcends cataclysms, bleeds into new Ages. nearly three millennia before the birth of the affixed god, and there are chaos riders, who will call themselves the Dragon, in ancient China. They cast ripples, guiding the fractal-pattern growth of civilisation. Some among them will echo in mythology as the Three Sovereigns and the Five Emperors.

The Dragon continues, through the Xia Dynasty, the Shang Dynasty, and the Zhou Dynasty. They spread throughout Asia. They notice the secret societies of the West and are noticed in turn. Later, their hold will be weakened by the Mongol hordes. Covetous eyes will look East, dream of expansion, and send an agent in the person of Marco Polo.

Dear sweetling, have you ever wondered about the Chaoskampf Myth? Why the image of the holy warrior slaying a dragon is stamped across western society? Thor slays Jormungandr. Zeus smites Typhon. Michael the archangel defeats Satan. Over and over, order vanquishes Chaos.

It was an unusually subtle plan by the Templars, to poison the wells of culture against the Dragon. Too subtle by far, sweetling. We saw the Illuminati whisper the plan into the proud ear of the Templars, to fight a potential enemy one step removed.

Yet Chaoskampf was not fully successful. Chaos is water; it tests weakness, flows into the cracks and fissures of any ordered plan. For all the Templars' efforts, for their statues of St. George killing the wyrm, for all of this, what child does not love dragons?

Time passes, but what is time? The Dragon spirals and all points become one. These days see the cabal based in Seoul, South Korea. They are the most unknowable. They are the humble mask over the devious core. They learn to play the western secret worlders against one another, to more subtly stake their influence. While the others grab rough and rude control over the world, the Dragon rides the waves of chance, taps disturbances in the water, for they can read the ripples.

Those who join, those who leap blindly into bedlam, let go of their ordered life. They release the rigid paradigms of the mind. They learn the paradox to achieve order through chaos - to realise opposite forces are not contrary or in conflict but interconnected - a rise in one precipitates the other - round and round.

The Dragon is the medicinal hyper-yang. The shrieking needle that will lance the boils of this world. The imbalance that will fix the imbalance. The dark days are here. Someone must sing the sacred obscenities. If chaos does not destroy the world, it might even save it.

The Dragon's coils spin and spin, and where they go, not even we know.
Powered by