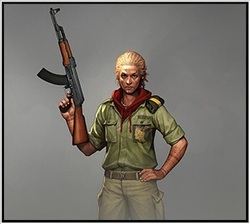 The jackals and vultures sing the ancient stories. Carrion eaters have deep memories. They drink the past in congealing humors. What is time to us? We stand outside. Everything has happened. Everything is happening.

In the Long Ago, there is a boy king. His eyes hold burdens a child should not carry, the brutalised corpse of his mother caught in the glassy reflection. She, Nefertiti, had gone to his father, Pharaoh Akhenaten, and begged him to cast aside his obsession with the dark god Aten, to cease his blasphemous pursuits and his abuse of his country and people. She begged him to return to the light. He embraced her with murder. 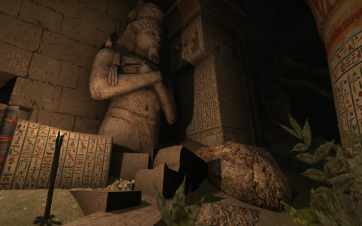 The boy named Tutankhamen holds his mothers's cold hand. We come to him in that moment, and his eyes see the Ka of his ancestors. He makes us offerings of milk and honey. We sing to the boy. Inspired, he makes us a vow.

The boy king sent out a call. Philosophers, magicians, warriors, and priests of Amun answered, and they formed the Marya - the Young Warriors. They saw their country defiled, their deities feasted on by a parasite-god, and they made a promise, on their dying breath, to free their home from the mad tyrant and the ruinous entity he served.

Such promises travel through time-space on quantum codes and cannot be reversed.

The boy king led with grace beyond his years. The strength of the Marya outweighed the blinding insanity of the Aten cultists. A final battle ensued. Quantifying slaughter on that scale is difficult, sweetling, but there are places where the sand is still stained red.

The Aten cultists lay slain, deformed bodies rotting in the desert sun or sealed in crypts and condemned to black forevers. Akhenaten, now twisted into an undying atrocity, sealed himself inside the pyramid he had build. 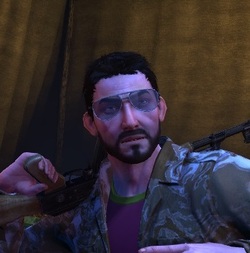 Sand, stone, and rubble caved in on the valley. The Marya placed mystic wards in the hopes that it would hold back the buried corruption. But what is hope in the eyes of forever? It stretches so thin on the eternity line.

Caretakers had to be chosen, the burden passed on through the years. The fiercest of the Marya, former vizier and high priest Ptahmose, took that burden. His family swore their lives to guard the valley.

Time passes. Three thousand years, and still Ptahmose's descendants serve as sentinels. The Young Warriors fight on. Youth is a form of energy that burns in the dark, sometimes the only frequency to disrupt the forces of old and evil. Marya soldiers die, but they pass on their training, make their youth eternal.
Powered by