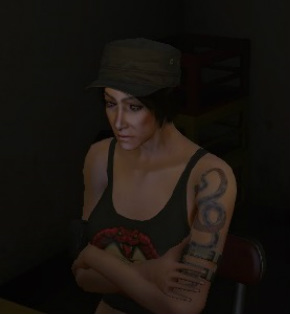 There is a story, sweetling. You will hear it on the lips of a drunken sailor or fisherman or the disgraced captain of an oil tanker. This story will be hard to find, but can be heard in any port in the world. The details change, but always there will be a floating city, hidden by magic, travelling the seas of the world as a leviathan ghost. Always, the intoxicated tongue will mutter, "Purple." A day or a week later, the storyteller will go missing, never to be seen again.

Only a fool would believe such a tale. But the dark days initiate the fool's prerogative. Everything is true.

The Purple People. Their ships in the night. Since civilisation's infancy, they have hungered for wealth and the occult. Their emblem tattoos every harbour.

Mesopotamia. The Tower of Babel. From its top, two brothers ruled all they could see. They could see all. Enter a woman. Her beauty will inspire myths. Her eyes are a prelude to the fall of empires. Her parted lips promise secrets and the tidal pull that causes men to steer their ships onto jagged rocks. Night to night, she visited each brother, promises moaned. She taught them jealousy, distrust, and covetous thoughts.

There was a falling out, shattering the promise of Babel, precipitating a war that would stretch all the way into the now. One brother took to the valleys and plains, founded a secret society that spread to Babylon, Persia, and Rome. They would become the Templars. 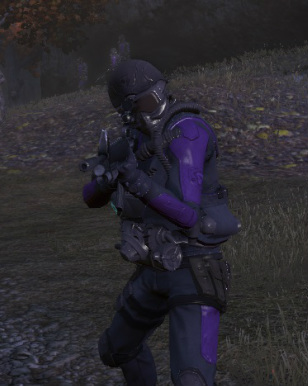 The other brother gathered his own cabal. They heard our voice in the broken reception of Babel and saw divine muses, animate egos, and genius - back when people had the wisdom to see their genius as a separate entity. They journeyed to Tyre, Byblos, Arwad and Sidon. They sailed across ancient seas, traded exotic goods, including a much sought purple pigment. They amassed wealth and established colonies in lands faraway.

This Brotherhood of Phoenician Sailors reaped much influence and more favours. Their alliances shifted with bloodstained tides. Power was brokered in a way that would set the modus operandi for the secret societies for millennia to come.

The dance found its rhythm. Phoenicians allied with a great king, sworn to the Illuminati and common enemy of the Templars. They built his temple, kept his secrets, and much of their wealth came from this accord. Fortune draws envy, and the Templar kings of Babylon waged a war. The brotherly feud metastasised into a vicious tradition.

The great centipede, the Persian army, marched. The Phoenicians fled to colonies in North Africa to rebuild their trade empire. Carthage rose. The Illuminati, the children of Eye and Pyramid, bristled at the invasion, and alliances dissolved in acidic suspicions. Greece and Rome raged. In the end, the dream of Carthage came undone.

The wind took the fleeing Phoenicians, weary of enemies and of rebuilding, to Far Eastern seas. No longer would they seek visible power. Let others build and squabble and rebuild.

Time passes. Europeans finally explore the Indian Sea and the Pacific, where the Phoenicians had already long ruled trade. The Purple People retreat back to the sea, and there they stay, a perpetual fleet of mercenaries and treasure hunters, shrouded in the mists of mystery. 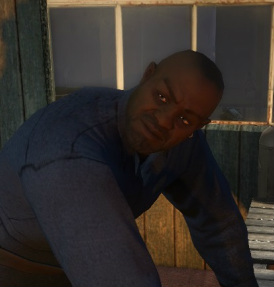 Time passes. The fleet evolves into a floating city: New Carthage. Concealed by sorcery and careful craft, only the agents of the purple flag know where it is at any given time.

Knowledge is power, and the Phoenicians sell to the highest bidder. With such fluid allegiance, they survive. But when the arcane secret or treasure proves too powerful, the Purple People take special care to keep it from the other factions.

Across the world, occult energies gather, and secrets ripen, opening like eager petals. Always the Phoenicians are there. The most favourable angle, the last man standing, prize in hand - these are their creeds.

In this amusing modern world, the other secret societies have spat and made shaky alliances against the coming dark. The Phoenicians stand outside, peering in, waiting for their paycheck. They just may have the final means to spare this planet, yet their intentions are as fleeting as the tides, and always they hunger for the golden apples of Eris. Teeth break, atoms split, and disaster follows fast and follows faster on such appetites.

And what of the woman, who is said to have set these things in motion? The brothers of Babel never saw her again. We might say she is gone, yet you sweetlings still find the lust to steer onto jagged rocks. We can almost smell her...

Be seeing you, secret worlder.
Powered by