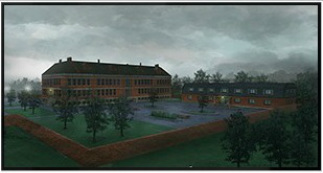 Can you detect nostalgia as an olfactory stimulus, sweetling?

These are a few of our favourite things.

In Kingsmouth, nostalgia has teeth, and memories are hungry. Welcome to Innsmouth Academy. Built in 1798, the school has rebuilt and renovated several times since. The Colonial Georgian main building, erected in 1906, dominates the grounds today.

There is a grumbling, in the discontent frequencies, from the vocal organs of some Kingsmouth folk. While Innsmouth Academy students enjoy the luxuries of a privately funded boarding school, other children must commute off the island. Some find it hard to accept that the only school on the island is restricted to the rich and the spoiled. The envy and dismay built and culminated in a petition to the State Board of Education, which claimed that the school took bribes in exchange for grades. The investigation found no proof of misconduct, and the case died away.

Such a picturesque institution, such an integral part of the short, but intense, history of Kingsmouth. It offers the town a boosted economy, attracts scholars, and bestows academic prestige. Only gifted children are admitted, under very strict entry exams. Students rank at the highest aptitudes of natural science, history and archaeology. The academy is considered one of the premier prep schools in the United States. 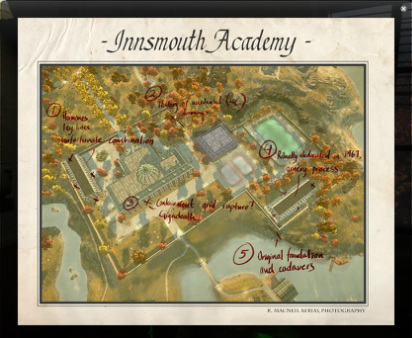 Public faces are so very pretty. Initiate the secret faces. Gaze through the half-light.

Powerful wards lace the outer walls of the school. Chalk outlines form ritual shapes on the blackboard. The shelves are lined with the sort of books that one might have been burnt at the stake for, only a few centuries ago. The young doodle in notebooks, dreaming of bright futures in the secret cabals.

Along with mundane curriculum, seasoned magi teach spellcraft, alchemy, and occultism. One faculty member is fond of his yearly demonstrations of cephalonomancy, the art of divination via the boiled head of a donkey. Another scent haunts the halls.

Once only the children of the Illuminati studied here, but the children of Eye and Pyramid have since migrated to New York and Washington D.C. These days aptitude carries more weight than affiliation.

News clippings fall like dead leaves, hinting at the supernatural events the Kingsmouth population is exposed to. Louder still is the rustling of the clippings that could have been. Protecting the citizens from the paranormal, and covering up the traces, is a full time labour for the faculty of Innsmouth Academy.

A dead leaf turns. During the Overlook Motel incident, the headmaster at the time and several of the staff closed a hellish portal in the motel and worked powerful spells to dissuade the curious from the premises.

A dead leaf turns. A student broke school policy by using magic to kill a wendigo. The psychic flux of the portal attracted the beast. Two Kingsmouth boys became its food. The screams. The epileptic grind of tooth on skull. The faculty cleaned up the mess. 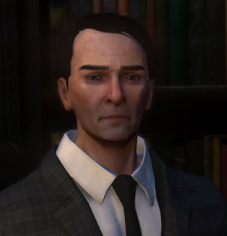 A pile of dead leaves scatter. Due to its Illuminati affiliation, the academy endured several attacks over the years. Thrice it fell. Thrice it was rebuilt. The signs and the hiss of the leaves point to Templar involvement. In 1852, it burnt. In 1904, a ritually conjured earthquake rent it asunder. In 1967, an accidental application of dimensional portals along the then theoretical "Escher Curve" destroyed the elementalism lab.

For all this, student/faculty casualties always fell under acceptable levels. But none of the magical defences could stop the fog.

The current headmaster wanders the halls. The poor sweetling. We saw him when he was just a boy. Such a studious child. We were there the day he read a Yazidi death curse from a book, accidentally killing his mother and eleven others. We whispered in his ear before he turned himself over to the police. Now he is all grown up, in his suit and blue latex gloves, keeping dedicated vigil over a dead school.

The Academy lies empty. A discarded hermit crab shell. It is enough to make one wax nostalgic for simpler times, when life was all lunch boxes and dissecting revenant crows, and passing notes to your would-be sweetheart while procrastinating from memorizing the ninety-nine syllables of a Babylonian demon's true name for tomorrow's quiz.
Powered by